KXAS (NBC) announced on Monday that John Stone has been named Vice President of News for the Dallas-Fort Worth station. 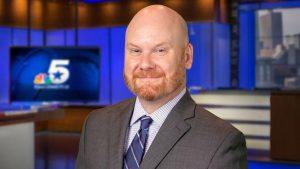 Stone joined NBC 5 as Assistant News Director in 2017 and has led the station’s newsroom as interim News Director since August 2018.

He will be responsible for all aspects of editorial content for television and other media platforms including the station’s website NBCDFW.com.

“John is an experienced newsroom leader. He is well-respected by our newsroom staff and our station’s management team. I look forward to seeing John continue to lead and inspire our already strong news team to do what they do best, which is keep our audiences informed,” said KXAS General Manager Tom Ehlmann.

“I am thrilled to have the opportunity to lead such a talented and committed group of journalists,” said Stone. “I look forward to upholding the long tradition that NBC 5 has established serving North Texas viewers.”

Prior to NBC 5, Stone worked at WABC (ABC) in New York for 13 years and held numerous roles with increasing responsibility including Assistant News Director.

Before this, Stone worked at WBZ(CBS) and at WHDH in Boston and MSNBC.