Retirement for some only means opening another door.

Take for example Dave Gwizdowski who “retired” last month after 20 years with the AP, working as SVP of Revenue. 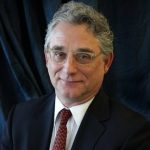 Dave has had a long and winding career including working management at numerous TV stations and more.

“Thank you all for the many anniversary “congratulations” prompted by the LinkedIn Algorithm.

20 years at the Associated Press has been an honor, a privilege, and a lot of fun accompanied by as many challenges.

In January, I retired from the AP. Now the next phase. I almost wrote “Phase Two”, but “Phase Four” is more accurate.

Phase One was a music career. On the road for stage shows & Berklee School of Music. The benefits of being part of an ensemble-sound have always paid a dividend.

Phase Two was Journalism. Telling stories and producing a television program was thrilling. A lucky and fortunate start at WCVB-TV in Boston. News writer and morning producer before college graduation. News Director in hometown Providence. Managing editor runs in Boston’s WLVI-TV where politics is a heavyweight sport and KTRK-TV ABC-owned where breaking news was king.

Phase Three was the business of journalism – 20 years at the world’s largest news organization! I went from supervising a news staff of 110 to working solo in my first AP gig. Exhilarating and frightening. Yet, everything was possible and change was needed. Progress required diplomacy, vision, and collaboration. Being part of the reinvention and redirection of this most important journalism gem was a joy.

So now Phase Four: I have at least three new projects. All with leaders with the same last name. Alan Gwiz – GwizPhoto will be expanding into more production and video offerings in LA. Our equipment list is growing www.gwizphoto.com.

We have launched www.vintagebennys.com Benny’s is back!

Sarah Gwiz – The crafty and talented mixologist will be bringing her award winning skills to her own travelling tiki bar. Stay tuned.”

This reporter had the honor of working with “Gwiz Sr” and he was one of the best, if not the best news manager ever, patient, kind and a fair minded leader.