KXAS (NBC) early morning co-anchor Marc Fein made it official late last week, announcing via social media that Friday was his last day at the station. 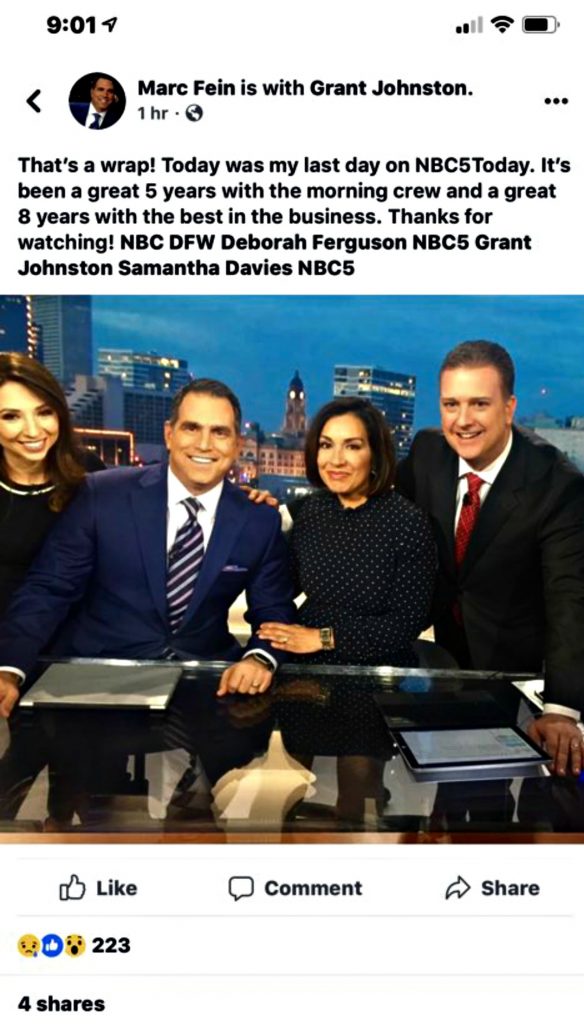 “That’s a wrap! Today was my last day on NBC5Today,” Fein said. “It’s been a great 5 years with the morning crew and a great 8 years with the best in the business. Thanks for watching!”

Unclebarky.com first reported on Jan. 2nd that NBC5 was not renewing Fein’s contract. Station management has declined to comment in any way.

It can be a cold business but hey, we all knew that.

Fein joined the station in 2011 and moved to mornings after Mark Hayes, who had been morning anchor since May 2012, left in early 2014. Both co-anchored with stalwart Deborah Ferguson, who has been with the station since 1991 and has been a morning anchor for more than 16 years.