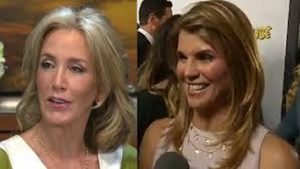 Elisabeth Meyer Kimmel is one of 50 people named in the national college bribery scandal.

In Kimmel’s case, she is accused of buying two of her children into elite schools on either side of the country: her daughter, Katharine, into Georgetown University in 2013 and her son Thomas into University of Southern California this past fall.

While there are no indications that either of Kimmel’s children knew of her actions, she is alleged to have paid $275,000 for the Georgetown arrangements through a family foundation and $200,000 for the USC arrangements.

Kimmel is the owner and president of Midwest Television Inc., which owned KFMB, the CBS affiliate tv station in San Diego, as well as two San Diego radio stations.

Back in 2017, Tegna bought the stations from Kimmel’s company for $325 million.