“Cinderella,” ”The Simpsons,” ”Star Wars” and “Dr. Strange” can all now be found at the House of Mouse. 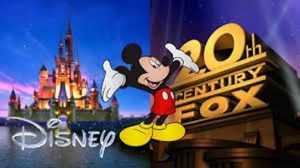 And the money machine that is Fox News Channel is now the cornerstone of the new Fox.

Later this year, Disney will roll out Disney Plus, its new streaming service, featuring all those Marvel series you heretofore found on Netflix.

And it will likely hand out wheelbarrows full of pink slips as it streamlines its film production staffing to avoid duplication (expensive people first, right?)

For Fox, it allows a concentration of effort on a core of television stations, a broadcast network and two powerhouse cable channels.