For some inexplicable reason, NBC felt it somehow had to hang on to Mario Lopez before his current gig, “Extra” moves to Fox in the fall. 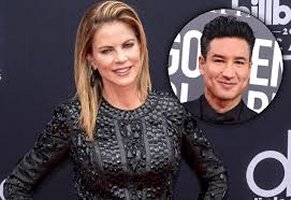 So, after months of rumors, it is being reported that Natalie Morales has gotten the ax as host of NBC’s equally vapid  entertainment show, “Access Hollywood,” to be replaced by Lopez.

We’re told that Morales gets to keep her other gig as West Coast correspondent of “Today.”

Cold comfort as she had moved her family out to LA expressly for the “Access” gig and being the left coast face of “Today” is just not the same as being in the hallowed halls of 30 Rock.

It’s not being welcomes by some NBC staffers.

One source told Dailymail.com, “Everyone is pissed as he is a giant cheese ball who is allergic to hard work. He’s not the face of the show we want…We’ve watched Mario kissing the asses of certain NBC execs for the past year to convince them to make him a huge deal at NBC. It’s clearly paid off. But boy, he must have really chapped lips.”