A Macon Georgia TV news anchor was among final contestants on the last episode of the reality show “Survivor,” which aired Wednesday night on CBS. 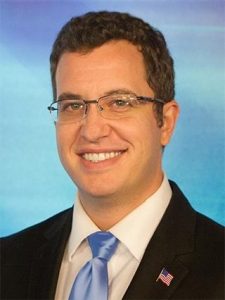 Rick Devens, a morning anchor for WGXA news in Macon, was among a half-dozen competing for the $1 million prize and “sole survivor” title in the show’s 38th season, titled “Edge of Extinction.”

Devens was aced out by Chris Underwood.

You can read all about it here.

According to the WGXA website, “Rick s an anchor for WGXA Morning News in Macon, GA, airing at 5:30am on ABC16 and 7am on FOX24.

As an Army brat, Rick grew up all over the United States including Washington D.C. and Schofield Barracks in Hawaii.

Rick graduated from Virginia Tech with a degree in broadcast journalism and a minor in creative writing.

While attending Virginia Tech, Rick landed his first television job as a tape editor at WSLS in Roanoke, VA. He was hooked.

After graduating in 2006, Rick accepted a job as a commercial producer at WGXA. Rick began reporting for the ‘Midnight Blitz’ Friday night football show and eventually served as a promotions producer, weekend sports anchor, news reporter, and sports director before finding his spot on the WGXA Morning News.”