He’s asked to be dismissed from the clerical state, indicating he wants to be free to “marry and have a family” though saying it’s not about an “existing relationship,” reports Angelus News. 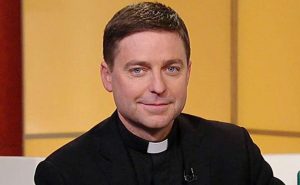 In a statement released Friday, Morris writes that the decision has filled him “with newfound joy,” though he says he knows some people won’t understand his decision to leave the priesthood.

“After taking some months of sabbatical to be with family and to dedicate more time to prayer and retreat, I have decided to ask the Holy Father, Pope Francis, to release me from the duties and responsibilities of the clerical state,” Morris said in a statement.

He’s appeared on several TV networks and is best known for his role with Fox News, though he was also a theological adviser to Mel Gibson’s movie, “The Passion of the Christ”, and was the program director for “The Catholic Channel,” a project of the Archdiocese of New York, on the Sirius XM radio network for three years.

Morris said in his statement that the fear of “disappointing people’s expectations” has held him back from taking the step he’s now taking, something he’s considered “often and at length in years past and discussed with my spiritual guides.”

In his statement, Morris acknowledges that even though he’s “loved and thrived” in much of his ministry, he’s struggled with his vocation and the commitments demanded by being a Catholic priest, particularly not being able to marry and have a family.

More News from Tuesday, May 21, 2019View As Newsletter