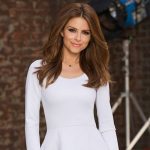 Menounos, spoke to Yahoo Finance at the SALT Conference in Las Vegas. She was asked which direction she saw media going and what has surprised her.

“What we’re seeing in my field in entertainment is no one needs to tune in anymore because you’re getting it on your mobile device,” the reporter told Yahoo Finance Opens a New Window.

The reporter, who has worked as a corresponded for “Access Hollywood,” “Extra” and “E! News” gave an example of the quick news.

“You’re seeing that Meghan Markle just announced her baby with Harry on your phone and then you click and you watch it and then you’re done so there’s no need to tune into the evening entertainment news,” she explained.

“So that breed is dying, and it needs to evolve. There needs to be a new evolution for it,” she continued.

A study by the Pew Research Center showed six in 10 American adults get their news from their mobile devices.

More News from Tuesday, May 21, 2019View As Newsletter