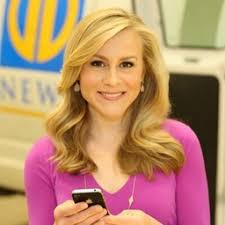 Her last day was Friday.

Although she’s tight-lipped about her future, the Pittsburgh native shared a Facebook post last week that read in part “I know I was born to communicate and share and connect and give.

“Those gifts have served me so well as a news reporter, and I have achieved so many dreams in that respect. But now, I am ready to do more! It’s always scary to try new things. I might fail …I might not… but I would regret it if I didn’t try.”

Brennan started her career at WKTV in Utica.

She also worked at WQAD in the Quad Cites and in Asheville, North Carolina, before joining WPXI in 2010.

Brennan worked as the station’s Westmoreland County bureau chief for three years before becoming a nightside reporter in the city.