Alex Sanz is the AP deputy director of news-gathering for the U.S. South, has been selected as a Silver Circle inductee by the National Academy of Television Arts and Sciences Southeast chapter. 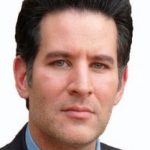 If his name sounds familiar, its because he has worked as an anchor and reporter at television stations in New York, Indianapolis, Houston and Florida.

The Gold & Silver Circle is one of the academy’s most prestigious awards, honoring a lifetime of dedication to the television industry. It’s a milestone immortalized in silver and gold, and an honor reserved only for dedicated broadcasters who have left their mark.

In his AP position based in the AP’s Atlanta bureau, Sanz helps oversee breaking news and enterprise across all media formats in 13 states.

A video journalist at AP since 2013, Sanz has covered stories that include the Charleston, South Carolina, church shooting, the killing of Michael Brown in Ferguson, Missouri, and the American space program, including the flight test of the Orion spacecraft and the development of the Space Launch System

Sanz and others selected will be honored on September 13 at the Grand Hyatt Buckhead in Atlanta. Inductees for the Silver Circle have at least 25 years of experience.

More News from Tuesday, May 28, 2019View As Newsletter