KNSB (NBC) Newsman Whitney Southwick has retired, 43 years after he got his first paying gig in broadcast television.

Folks in San Diego have been watching Whitney tell them the traffic or the weather since 1976 on NBC 7. 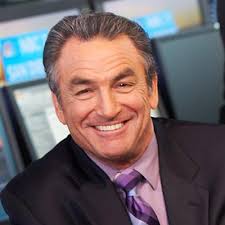 Whitney was Google + Google maps before those were a thing..You won’t find a consistently nicer guy but one can’t overlook Whitney’s insanely precise knowledge of San Diego county’s geographical features, tendencies and history.Here’s when it mattered most: On those tough days over the years when a huge wildfire would prompt our doing continuous live tv coverage. Whitney was remarkable in pointing out how a fire would behave based on climate and conditions -and on the fly, he could reference what another fire did in the same area decades before- even naming canyons and residential streets that had been affected and still could be with the new fire. In the times we worked together when our schedules overlapped on breaking news days, I always admired his knowledge and ease. — Mark Mullen

As part of his work, Whitney also helps out too many charitable groups to mention here. With NBC 7, he has presented the weekly “Bikes for Kids” segment with the Salvation Army and hawks newspapers for the “Kids’ News Day” every fall. He also loves to help collect toys for underprivileged kids by working alongside the U.S. Marines in the annual “Toys for Tots” toy drive!

Even the big guns noted his retirement.

His last day on the air was Wednesday, May 22.  No immediate word what he plans to do now that the alarm won’t be ringing early in the morning.

More News from Tuesday, May 28, 2019View As Newsletter