WDSU (NBC) weekend news anchor and reporter Juliana Mazza has packed her bags and headed North. The native New Englander has left the New Orleans NBC television network affiliate, where she has worked for the past two years, and is going back east to take what she has described as her “dream job,” as an anchor and reporter at independent station WHDH in Boston. 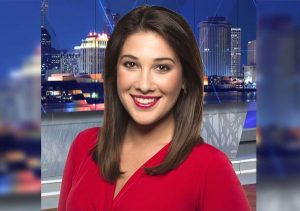 Last week was her last on the local airwaves.

“I want to thank you, New Orleans, so much, for accepting me and allowing me the privilege of being able to tell your stories and, hopefully, spread a little joy,” she wrote in an open letter posted to her Twitter account.