While I worked at The Blaze a few years back producing various shows I found it interesting to see how folks who basically had only social media and blogging backgrounds with no TV or reporting pedigrees, soon became household names and were booked on various networks daily. 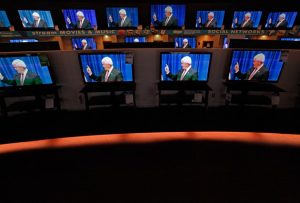 I mean after all, I was a tried and true TV News Producer who fought for 30 years to rise through the markets and yet, here were these younger folks suddenly becoming front and center on the National stage within an average period of about 30-days.

Lawrence Jones was one of these as was Tomi Lahren and Allie Beth Stuckey, and all were at one time, were part of Glenn Beck‘s stable of talent.

How did they get to this level? I really had no idea.

I mean, they were nice enough folks but knew little about the TV business, yet the Networks called for them daily to do hit’s on certain shows.

Well, now Pace Public Relations has put together a 1-2-3 list on how to become a pundit.

The article is geared towards attorneys (like they need the money) but broadcast folks can read between the lines.

Who would have thought there was a need for this but, here it is and the folks mentioned above are all doing well, bringing in the green for their opinions, two of which now have daily hits on FOX.