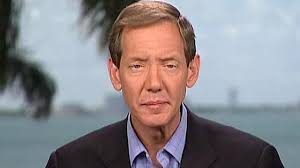 Carl Cameron was one of the charter members of the Fox News Channel crew, among the first to sign on to the Ailes dream machine.

After more than two decades, he took his leave of the network back in 2017.

Now he is resurfacing, with a vengeance.

Not only is he a key member of a new venture designed as a “progressive alternative” to the “Drudge Report,” he is also calling out the network he called home since the mid-90’s is a video promoting his new venture.

In the video, Cameron explained why he signed on to Fox News in the first place, and what made him leave.

“The idea of fair and balanced news appealed to me,” Cameron said. “But over the years, the right-wing hosts drowned out straight journalism with partisan misinformation. I left.”

“I kept my personal beliefs very much to myself while I worked at Fox. I have unfinished business.”