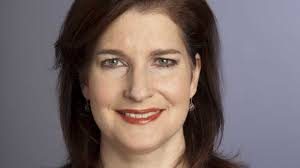 NY1 anchor Roma Torre has a lot in common with her mother, the late Marie Torre.

The 61-year-old newswoman, who last month accused NY1/Charter Communications of gender, age and equal pay discrimination in a federal lawsuit, says she’s been benched from live coverage of the U.S. Women’s Soccer Team parade in retaliation.

Her mother, Marie Torre spent ten days in jail, back in 1959 for refusing to reveal the source for a story – one of the first journalists in the nation and certainly the first woman to go behind bars over journalistic principles.

While Roma Torre doesn’t have jail time on her resume, she is pretty outspoken in an open letter addressed to New York City Mayor Bill De Blasio asking him to condemn the network.

“In addition to everything described in our lawsuit, the way NY1 has handled this US women’s soccer win is emblematic of the problem,” wrote Torre, noting that she covered the celebration the last time the US squad triumphed four years ago.
“In contrast to 2015, this year NY1 has excluded me from live coverage of the celebration. This year, only weeks after we filed our lawsuit, NY1 has informed me that I will not be involved in the live parade coverage despite my request to continue in this role.”

There was no immediate comment from the mayor or from a spokeswoman for NY1.