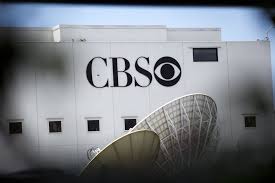 The NY Times reports the network was cut off from AT&T’s satellite service DirecTV as well as the landline-delivered U-verse and DirecTV Now, the live streaming product. The companies had been negotiating for several weeks but failed to agree on pricing and streaming rights before the contract expired on Saturday at 2 a.m., Eastern time.

In a statement, CBS said it “made every effort to avoid this blackout,” but that it wouldn’t agree to terms that “undervalue our hit programming.”
AT&T called CBS a “repeat blackout offender” and said the network had been demanding “unprecedented increases” in the fees it charges.

AT&T television customers in at least 14 markets, including New York, Los Angeles, Chicago and San Francisco, lost their feeds to CBS. The network is carried in about 119 million homes across the country, either on a pay television service or free over the air. The affected customers account for tens of millions of dollars in monthly revenue to CBS.