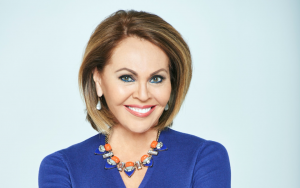 An award-winning journalist, author and the longest running female network anchor in the United States, she will contribute reports across CBS News broadcasts and platforms and will frequently appear on coverage of the run-up to the 2020 election.

“It is an honor to welcome María Elena Salinas to the CBS News team,” said Zirinsky in a statment. “We look forward to sharing her important voice and journalistic credentials with our audience in a critical time for this country.”

She is best known as the face of Univision news, having co-anchored the network newscast with Jorge Ramos for over 30 years.

In a surprise move, Salinas left Univision in December 2017. At the time, she said she “needed a change,” the ability to control her own schedule and take time to do things she enjoys, like traveling for pleasure, not work.