Albuquerque Journal reporter Angela Kocherga has been named a 2019 winner of the Maria Moors Cabot Prize from Columbia Journalism School, which honors outstanding reporting in Latin America and the Caribbean. 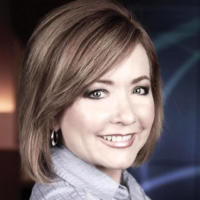 If her name is familiar to you, its because she worked for  WFAA (ABC) in Dallas for many years, where she covered Mexico and the Border for the Belo station group.

The former Belo Stations are now owned by TEGNA.

Kocherga has dedicated her 30-year career to reporting on both sides of the U.S.-Mexico border. Her recent reporting has covered the conditions of children and families in U.S. migrant detention centers, how New Mexico cities have responded to an influx of migrants and the complex asylum process. She has also previously reported on border drug cartel wars.