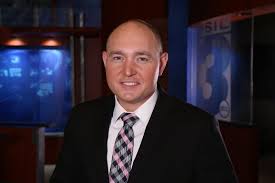 Dave Davis has been moved up to weekday morning anchor at Quincy Media’s WSIL in Harrisburg, IL.

Davis joined the station five years ago as an MMJ.

The new job leaves him feeling honored and excited.
“I’m extremely honored and excited about this new position,” said Davis. “This is a dream come true. It will allow me to inform, protect and entertain viewers in the region I grew up in, and it doesn’t get any better than that.”

In between MMA bouts, of course.