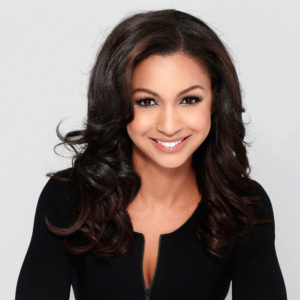 Fresh off her “amicable departure” from Fox News earlier this year, Eboni Williams is set to debut as the host of Revolt TV’s “State of the Culture” next Monday.

“In this news cycle, we can’t avoid the tough topics and need to come at them with a critical eye,” Williams said. “The team I’m joining is known for its no holds barred approach and I’m thrilled to have a seat at the table.”

Revolt TV is a cable news channel created by Sean “Diddy” Combs back in 2012.

Williams left Fox News at the end of last year when the program on which she was a key play, “The Specialists”, was cancelled due to host Eric Bolling’s to control his urges.

In her new role on Revolt, Williams will be joining her co-hosts in discussing some of the most pressing topics facing the Black community through the lens of hip-hop, it says here.

Williams is a former trial lawyer so we guess it truly will be “no holds barred.”