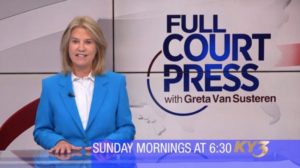 According to a Gray news release:

“The new weekend political show will focus on how policy actions, political decisions, and national events impact local communities across the country through a mix of substantive interviews of newsmakers, roundtable discussions, and both on-the-ground and investigative reports from local stations outside the beltway. The show will tap a broad bench of Gray Television journalists from newsrooms across the country, including the award-winning team of Investigate TV.”

Initially, Gray will clear “Full Court Press” across its own footprint of 93 markets plus television stations in Chicago and Milwaukee, covering nearly 28 percent of US television households.