The Daily Beast reports disgraced political pundit Mark Halperin was very unhappy when MSNBC brass nixed his attempt to repair his career through a possible collaboration with the stars of Morning Joe. 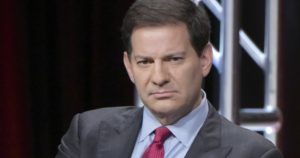 So he picked up the phone and called network chief Phil Griffin.

Apparently, it did not go well.

Multiple sources tell The Daily Beast that the conversation earlier this year became acrimonious, with Halperin dishing up vague threats against his former boss.

MSNBC declined to comment on the episode. But MSNBC insiders said Griffin was furious about the conversation and wouldn’t likely take Halperin’s calls in the future.

You can read the full story here.

Lesson to self, don’t burn bridges.