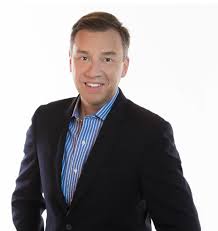 Tony Maciulis, a former producer for Katie Couric during her CBS News and Yahoo! days, is back in the digital news game.

He’s the new head of video for GZero Media and will wear a second hat as executive producer of the weekly  “Gzero World with Ian Bremmer,” a weekly foreign affairs program airing on public television and across digital platforms.

And just what is GZero Media?

It’s a media outlet created in 2017 by the aforementioned Ian Bremmer who, we are told, is a political analyst.

GZero is a subsidiary of Eurasia Group, a political risk analysis firm.

For his part, Maciulis has produced both broadcast and digital news program.

He was producer of “The CBS Evening News with Katie Couric,” and later senior supervising producer of Couric’s nationally syndicated talk show.

When Couric moved to Yahoo! News, Maciulis was named the company’s head of video.