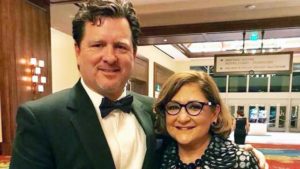 In his time at Univision, KLXN became the weather hub for the company’s stations around the country.

He also was instrumental in the development of the Uforia Lounge located inside the Univision studios.

No word where he went or the details surrounding his departure. He’s also worked in Austin and San Antonio.