White House press secretary Stephanie Grisham says that she has no plans to resume daily briefings, saying they were canceled because they had become “a lot of theater.” 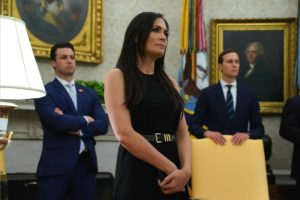 Grisham made the comment Monday during an appearance on Fox & Friends, when she was asked whether the press briefings would return. The White House hasn’t had a daily press briefing since March when former press secretary Sarah Sanders was still in the role.

President Donald Trump is currently doing fine being “his own best spokesperson,” Grisham said, arguing that the president is exceptionally accessible with his frequent gaggles with the White House press corps.

“Ultimately, if the president decides that it’s something we should do, we can do that, but right now, he’s doing just fine,” Grisham told the program.

“And to be honest, the briefings have become a lot of theater. And I think that a lot of reporters were doing it to get famous. I mean, yeah, they’re writing books now. They’re all getting famous off of this presidency. And so, I think it’s great what we’re doing now.”