A Fox News insider tells The Daily Beast that Shep 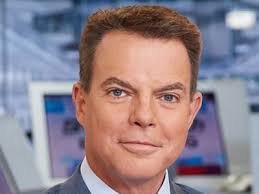 was sick of being attacked by his primetime colleagues and asked for a way out of his contract. An effort was made to appease him, the insider said, but he ultimately decided to leave Fox behind.

A source close to Fox News management said the thinking among network brass was that the lucrative evening ratings outweighed the need to keep Smith happy while paying him $15 million a year for his daytime role that did not bring in as many viewers.

Smith was among Fox’s first hires upon launching in 1996 and he became the network’s signature daytime newsman, often acting as the anchor to enter other broadcasts to helm coverage of breaking news like the 2015 Paris attacks and the 2014 riots in Ferguson, Missouri.

Throughout the Trump era, Smith took on a “rogue” role at the network as Fox News became overtly pro-Trump in its commentary and news coverage. In many instances Smith even fact-checked the right-wing conspiratorial musings of his own colleagues, resulting in not-so-subtle sparring with Fox stars like Sean Hannity.

We mentioned a spat between the two just a few weeks back.

Hmm. We are sure it will all come out in either a book or a world premiere made for TV movie.