He took to social media Wednesday to pass on a special message. 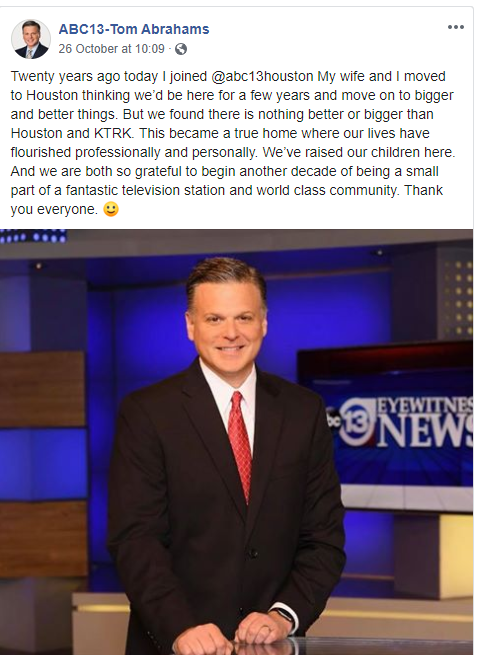 He arrived Houston via Orlando back in 1999.

His profile reads: “From Chernobyl and the Panama Canal, to The Amazon Jungle and the Black Sea, he has shown Eyewitness News viewers how far away places affect our lives here in Southeast Texas.

Tom also covers national politics and stories that relate to energy, the environment, and the economy.

Since 2006, he has produced five half-hour special reports on subjects including the new space race, the 2008 presidential election, and the future of energy production.

His award-winning reports include three regional Edward R. Murrow Awards, the most recent in 2010 for an in-depth look at overcrowded trauma centers.”