The World Series is now one for the history books.

The Washington Nationals are now the champs after defeating the Houston Astros Wednesday night.

I guess a CG Operator wasn’t paying much attention when this banner was put in under a KRIV (FOX) reporter. 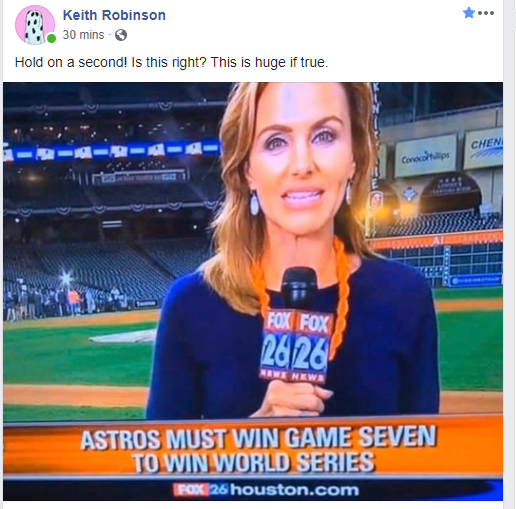 Actually it was a must win for either team but I digress.

But hey, just up the road in Dallas Wednesday night at KTVT (CBS), it appeared Fighter Jets were being sold pretty cheaply. 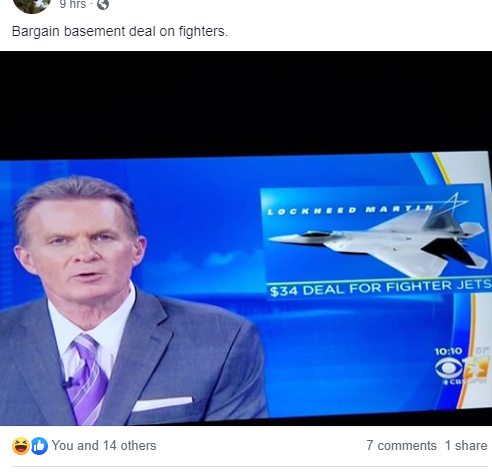 And eagle eyed viewers pointed out the jet in the graphic was wrong for the story on the F-35 Joint Strike Fighter, instead showing an F-22.