As we cover the big stories, day in day out, sometimes it’s the little things back at the station, like a new set that may make you stick your chest out a bit.

WBRE/WYOU  pulled the curtain back on a new set Monday after spending the last month broadcasting from well, basically the newsroom.

The NBC and CBS affiliate in Scranton/Wilkes-Barre, Pennsylvania, moved onto a temporary setup in the building’s newsroom for a few weeks teasing viewers about the temporary digs. 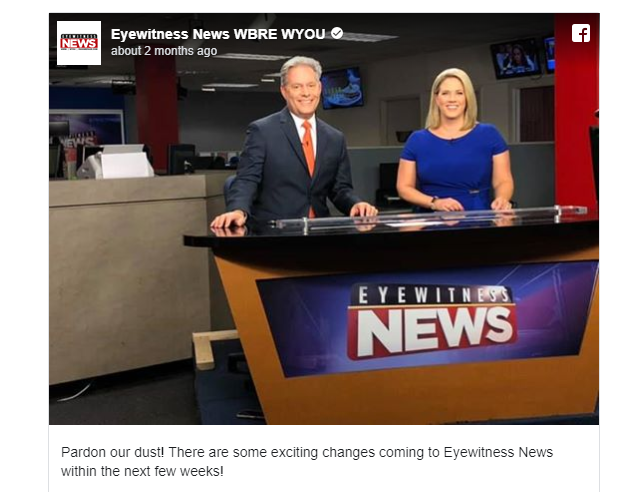 Finally the  new set was unveiled and it looks pretty nice. 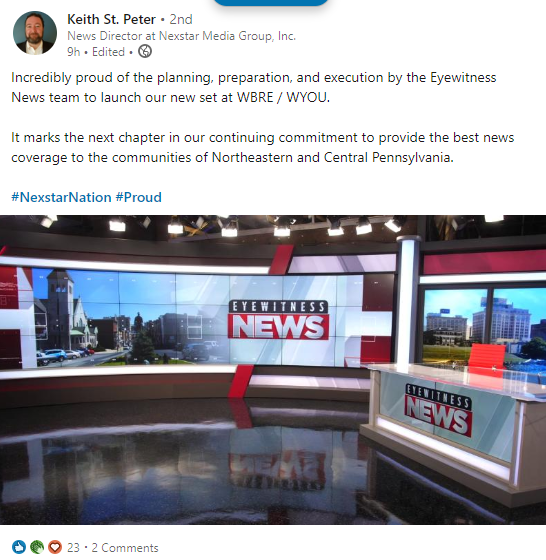 It was about time for an upgrade too as the old set was pushing 7 years, a virtual eternity in the broadcast realm.