Dr. Bruce Hensel, a former TV medical correspondent, was arrested Wednesday morning after he asked a 9-year-old girl to send him sexually suggestive pictures, according to prosecutors and law enforcement. 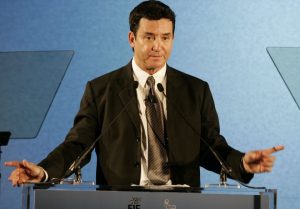 The Los Angeles Times reports, Hensel, who was the on-air chief medical correspondent for NBC in Los Angeles and New York, was charged with one felony count of contact with a minor for sexual purposes, which stems from him requesting images from the daughter of an acquaintance through an online messaging app on or about Aug. 4, according to the Los Angeles County district attorney’s office.

Investigators from the Los Angeles Police Department’s northeast division started a child sexual exploitation investigation involving the 9-year-old after inappropriate messages and photographs were shared between the child and Hensel, according to the LAPD. Since Hensel contacted the child online, detectives with the Internet Crimes Against Children division assumed responsibility of the investigation.

Hensel’s arraignment will be scheduled at a later date. If convicted as charged, Hensel faces a possible maximum sentence of 18 months in state prison.