Disney backed up its claims that Disney+’s first-day glitches  were the result of high consumer demand, revealing Tuesday that the streaming service had hit 10 million signups since its Nov. 12 launch. 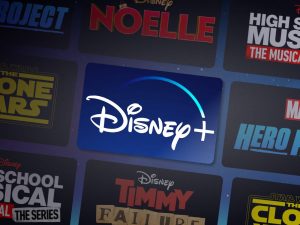 CEO Bob Iger expects the $7-per-month offering, which launched with original Star Wars series The Mandalorian as well as a library of movies and TV shows, to reach between 60 million and 90 million global subscribers within its first five years, though one analyst recently forecast that it would hit more than 100 million subscribers by 2025.

Disney, which launched a full-on marketing assault ahead of the Disney+ launch, has been using a number of tactics to boost signups, including offering discounts to fan club members, inking a deal with Verizon to give it away for free to the cellphone giant’s customers and bundling it with Hulu and ESPN+. The company did not disclose how many of those signups included people on promotional offers, including a seven-day free trial offered to new users.

Going forward, Disney said that it would not provide subscriber updates about Disney+ outside of its quarterly earnings call. The company isn’t set to report fourth-quarter earnings until February.