A year ago this past September, Tribune shut down operations at KDAF (CW 33) sending over two dozen News and Production staffers to the streets.

Fast forward a year and Nexstar Broadcasting acquired KDAF as part of a mega-merger.

A few weeks back long time General manager Sara Fulmer left the station and was replaced by a Nexstar’s John Trevino. 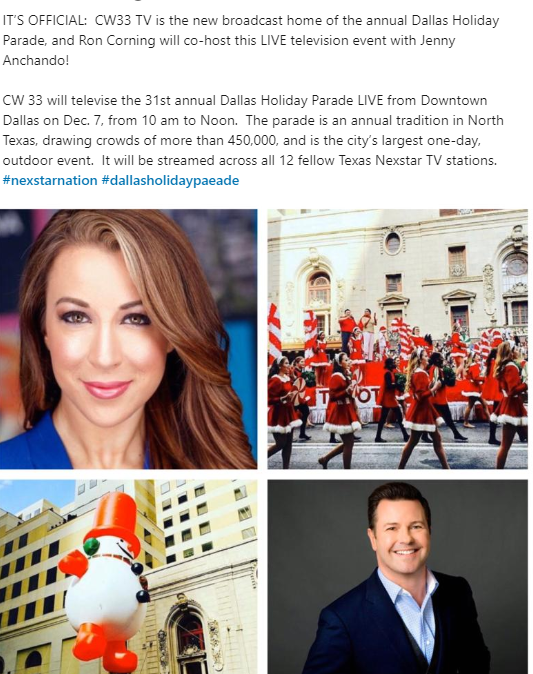 Talk about things that make you go hmm.

Perhaps Nexstar is trying out a new anchor team?

You gotta figure Nexstar isn’t going to sit idly by and not start a local newscast in a major market.

Polish up those resume reels.

We suspect a new newsroom will be on the air by Summer 2020.