A quarter century after he first appeared on KING 5’s airwaves, Evening host Michael King is moving on to a new chapter. 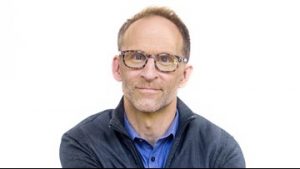 King started at KING 5 as an anchor for Northwest Cable News and eventually moved on to KING 5’s sports department. He joined the Evening team in 2005 and has earned six Emmys and an Edward R. Murrow award for his work.

He’s joining Boeing as an Engineering and Innovation Communicator.

His last day at the Station will be Friday Dec 6th.