Bill Hemmer has for years been the faithful morning co-anchor at Fox News Channel, boosting the profiles of time-slot partners like Megyn Kelly, Martha MacCallum and Shannon Bream. Now he’s set to step into his own solo spotlight. 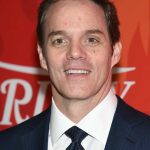 Hemmer will take over the 3 p.m. timeslot previously anchored by Shepard Smith, the last stage of a much-scrutinized transition at the Fox Corp. cable-news outlet. The move was previously reported by Mediaite.

Hemmer’s new program, “Bill Hemmer Reports,” will launch on January 20, Fox News said, and Hemmer will lead all of the network’s breaking news coverage as part of that role.  Sandra Smith, his co-anchor at the mid-morning program “America’s Newsroom,” will work with a rotating crew of journalists until a permanent co-anchor is named.