What are the odds?

WOOD (NBC) reporter Lynsey Mukomel took to Twitter on Friday to marvel at the new license plate she got from the Michigan Secretary of State.

It was no vanity plate: by sheer coincidence, the Grand Rapids-based anchor wound up with a license plate that read “DCK 247.” 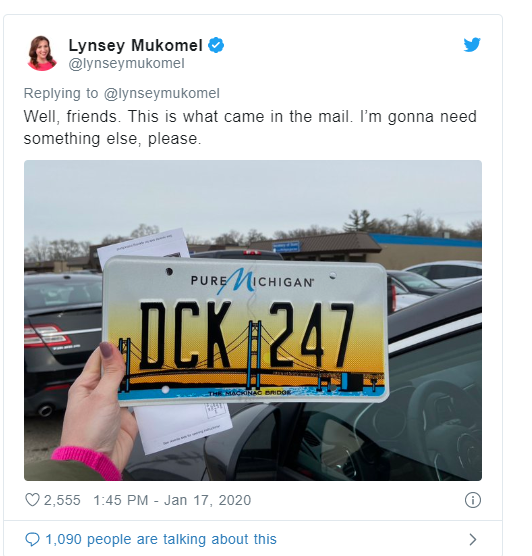 If, like us, you read that and thought “dick 24/7,” congratulations, your brain has become irreparably broken, too. Welcome to the club.

Anyway, though it appears Mukomel has a good sense of humor, it seems that a WOOD-TV reporter having a “DCK 247” license plate was too much.

But things got even stranger when she realized the State employee she raised her concerns with shared the same birthday as her. Again, what are the odds? 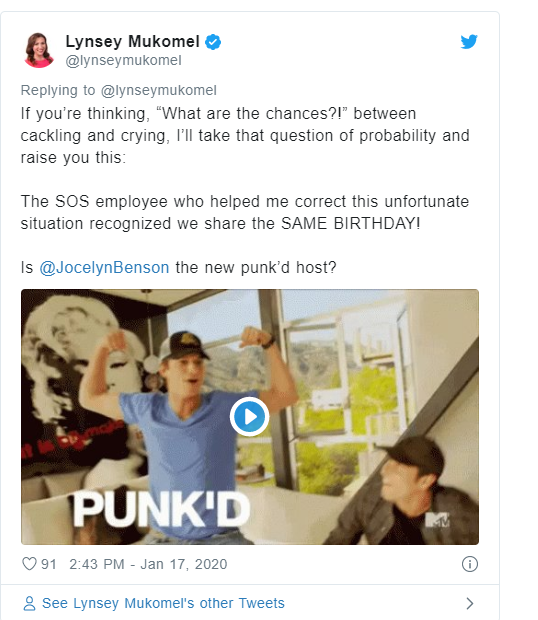 According to one Twitter user, all three-letter, three-number combinations results in odds of 1 in 17.5 million. 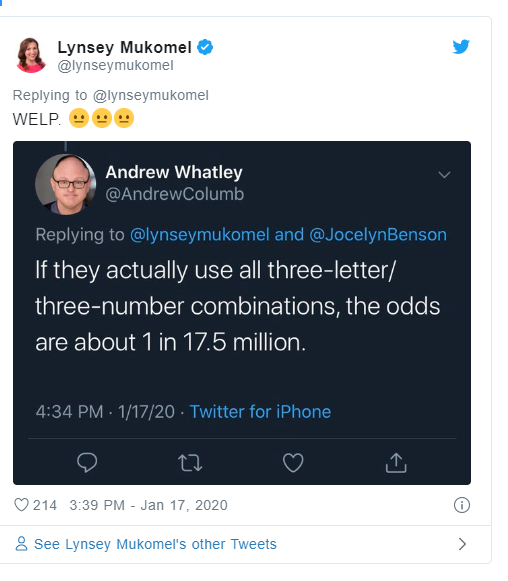 If anyone wants to be the proud owner of a “DCK 247” plate, this one-of-a-kind plate is apparently still up for grabs at the Secretary of State Office.