Steve Sanders, a consummate professional and one of the all-time coolest guys on Chicago television, is retiring after more than 37 years as a news anchor at WGN-Channel 9. 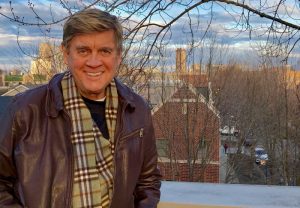 “It’s been an amazing run, working in a place that has long held a magical connection with Chicago viewers,” he told colleagues in an email. “I’m proud to have been part of the indefinable mojo that has long made our three legendary call letters a cultural and informational touchstone for millions of Chicagoans.”

No word yet about a replacement for Sanders on the midday newscast he co-anchors with Dina Bair from 11 a.m. to 1 p.m. weekdays.