Paul Heggen, who came to the Raleigh station in November 2017, made the announcement about his new job Tuesday on Twitter, saying that he’ll join the KPIX team in March. 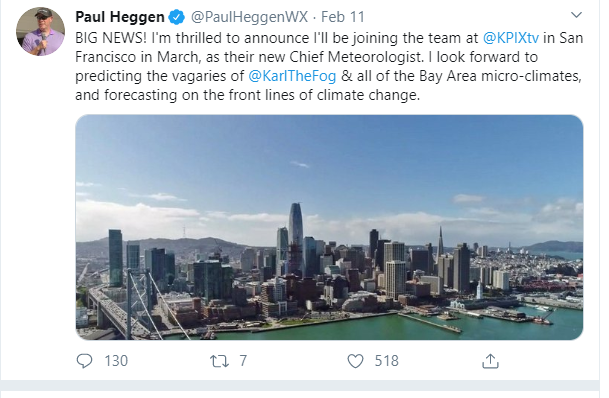 Heggen is known in part for one of his dogs, Dagny, who is the CBS 17 “Weather Dog,” appearing with Heggen on air Friday mornings from 6:30 to 7 a.m. (Dagny has announced through social media that she is retiring from being an official TV weather dog. Her last day on air will be this Friday on CBS 17.)