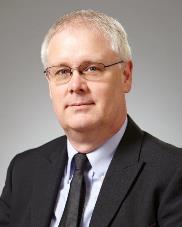 Close to four decades with one company is a rare achievement these days so kudos to Chuck Poduska.

For the past two and a half years, he’s been the GM at Meredith Corporation’s Kansas City duopoly KCTV/ KSMO.

He joined Meredith back in 1982 in the corporate HQ as an auditor.

Over the years, he took on various roles with Meredith at its different properties and at the corporate level..

This was his second time around at KCTV/KSMO.

Now, Poduska is ready to retire.

“It has been a great honor to work for Meredith throughout my career, and I am particularly proud to have led the outstanding KCTV and KSMO teams for the past two and a half years,” said Poduska. “I am grateful for the opportunity to have worked with so many talented and dedicated colleagues.”

He clears out his Kansas City office as of March 31st.