Alleging that you were fired because of your political or social leanings is a pretty serious accusation.   A veteran legal analyst in Philadelphia’s case may have legs. 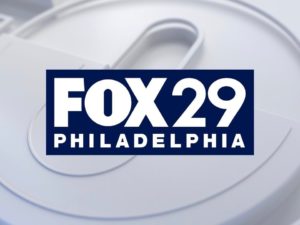 In a story that NewsBlues has been reporting, PhillyMag.com is following up on former Fox 29 legal analyst Ken Rothweiler’s allegation that he was fired by the station’s news director for being “too pro-Black Lives Matter,” nine more people who have worked at the local station are now sharing their experiences with a newsroom culture some describe as being “toxic,” “racially offensive,” “extremely conservative,” and “socially intimidating.”

“The sentiment from myself and my former colleagues has been that Fox 29 has definitely evolved into a Fox News atmosphere in recent years,” Rothweiler tells Philly Mag. “I was at the station for over a decade and saw firsthand how management has gone from being conservative to being extremely right-wing in how they ran the newsroom after Trump got elected. I recently let the general manager of the station know how these problems need to still be addressed.”

Philly Mag has obtained an email sent on July 14, 2020, by Rothweiler to Fox 29’s general manager, Dennis Bianchi, following the story of the former legal analyst’s firing from the station.

“As an employer myself with a similar number of employees to yours in your newsroom, I have dealt with employee complaints,” Rothweiler, a founding partner of the Eisenberg Rothweiler law firm, wrote in his email to Bianchi. “I would make the same recommendation to you to address the many concerns and complaints in your newsroom. Yesterday’s article addressed my concerns; there are many more concerns by many more people. I am sure my revelations are being denied and may be met with skepticism by management. My suggestion is to uncover the truth from those that work every day under your roof.”

Including Rothweiler, Philly Mag has spoken with 10 former and current Fox 29 employees about their experiences working at the station. These employees, who have requested anonymity because they fear retaliation, include on-air talent, producers, newsroom staff and more; span various racial, age, and gender identities; and range from longtime current employees to former employees who left the station after brief tenures.

This former anchor, who worked at Fox 29 from 2013 to 2016, found the environment at the station difficult even before Trump was elected. He describes the newsroom culture under news director Jim Driscoll, who started in 2013, as “extremely white, conservative, and everything wrong you would expect from such leadership overseeing news coverage in a diverse city.”

“When I first started working at Fox 29, Driscoll called me into his office and chastised me for openly praising a Black news director working at another station,” the former anchor says. “I always felt like I had to be super-cautious of how I expressed progressive sentiments in the newsroom, whether it was stating that I was a fan of certain liberal television channels like Al Jazeera or expressing outrage when a police killing happened.”

“There have been dozens of instances I’ve personally experienced or witnessed with employees of color involved in uncomfortable situations with management on matters pertaining to race,” a former Fox 29 news reporter tells Philly Mag. “Anything liberal, progressive or diverse will get a side-eye at Fox 29’s newsroom. In the last few weeks, since George Floyd’s death, I’ve seen more constant coverage of Black people not [in the context of] doing crime or playing sports than in the past 20 years.”

On March 24, 2019, Fox 29 posted a story on its website about the end of Robert Mueller’s investigation of Trump. The former web producer, who created news content across Fox 29’s digital channels and social media platforms, says that Driscoll changed various captions on the station’s official Facebook page overnight to “lessen the blow that the President had not been completely exonerated.”

“I referenced information from the Associated Press’s reporting that Trump wasn’t completely exonerated by Mueller, and Driscoll changed captions that I made overnight,” the former web producer tells Philly Mag. “Driscoll called me to his office the next morning and criticized me for how I presented the facts, but it was obvious that he was actually making an arguably right-wing slant of this important news to our viewers.”