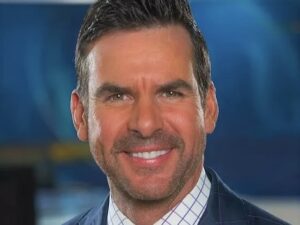 Kyle Kraska is heading back to Los Angeles as Chief Sports Anchor for Fox11 after spending 18 years in San Diego as Sports Director at CBS8. Kyle is no stranger to the L.A. airwaves, having previously served as an Anchor at KCBS and the Host of Hard Copy for Paramount Pictures.

Kyle’s experience spans multiple Super Bowls, NBA Finals, World Series and NCAA Tournaments earning him six Emmy Awards and three Golden Mic Awards. Kyle is also an active community member, working closely with the American Red Cross to inspire blood donation. His annual Celebration of Heroes Blood Drive is one of the largest in California, for which he was presented the Red Cross “Gift of Life” Award.

Kyle’s new assignment will include hosting the Fox NFL Postgame Show every Sunday following football on Fox11. He will make his #FOXLA debut on September 7th.

Kyle is represented by Matthew Kingsley.