Another victim of the nationwide Entravision layoffs, cutbacks and elimination of news operations has landed on her feet. 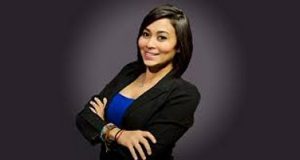 González was a reporter at KINC Univision 15 in Las Vegas until early April.

Then Entravision cleaned house across the board.

This is a return to the Lone Star State for her, as she previously worked for Univision KLDO and KXOF in Laredo.