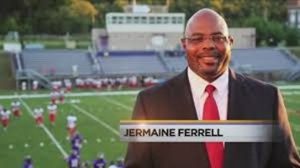 After just under three years, sports anchor/reporter Jermaine Ferrell is making another move within the Nexstar system – this time from WFXR in Roanoke, VA to WRIC in Richmond, VA.

He’ll be the weekend sports anchor for the station.

Ferrell came to Roanoke back in August of 2015 from Nexstar sister station KFDX in Wichita Falls, Texas where he spent all of 18 months.

Coming to Roanoke was a homecoming for Ferrell.

Now that he’s seen enough of home, it’s evidently time to move on.