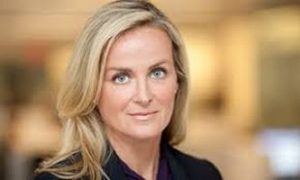 Newly-appointed Fox News CEO Suzanne Scott summoned her primetime entertainment show producers to a meeting during which she expressed, by way of scripted comments, her and the Murdochs’ displeasure over some of the more ludicrous recent comments made by guests on the Fox evening lineup.

Or former Donald Trump campaign manager Corey Lewandowski belittling a 10-year-old girl with Down syndrome who was reportedly separated from her mother, saying “Womp womp” to her story.

All of which thrills the Fox “News” prime-time viewer base, but which has registered negatively in the rest of the Murdoch empire.

Several program producers on the Fox network programming side have threatened to bolt over the recent spate of nonsense on Fox News primetime.

Scott told the producers that they would be held accountable for anything said on their air, and that it was their job to head off any inappropriate remarks, according to two people with knowledge of the meeting.

Appearing via video conference from Washington, D.C. to the group in New York, which also included programming executives, Scott read from a prepared script, explaining that she wanted to make sure she communicated her message precisely.

Wow. Holding producers accountable for content. What a concept.

So how will Ingraham’s producer be held accountable for what comes out of Ingraham’s mouth?

According to someone familiar with the meeting, Scott told producers that they are responsible for protecting the Fox News brand and its talent, and that “if something incendiary is said on their show, it is their job to get in the host’s ear and make sure they push back in the moment.”

That should be fun for the producers of Tucker Carlson or Sean Hannity.

And is Hannity even capable of pushing back against any Trump-supporting guest on his variety hour?

As for “protecting the Fox News brand,” please define that brand.

Is it what Chris Wallace and Shep Smith do?

Or is it what the prime-time circus and that execrable morning show do?

They are two distinct animals.