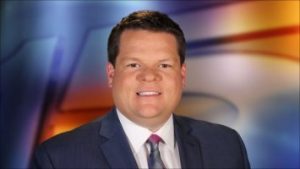 WANE weekend anchor Rod Hissong says his contract is up so he’s stepping down and, presumably, out of the business..

“This will be my final newscast at NewsChannel 15 where I spent 8 years,” said Hissong, who joined the station in 2010..

Hissong grew up in Hicksville, Ohio and said it was a life-long dream to anchor at the Nexstar station in Fort Wayne.

This is his second go-round at the station, which he first joined as a camera operator when he was 16.

He left for a time to work at News12 Networks on Long Island and for St. John’s University.

He came back to an on-air job and the assignment of overnight reporter for the station.

If he’s got a destination post-WANE, he’s not sharing it yet.