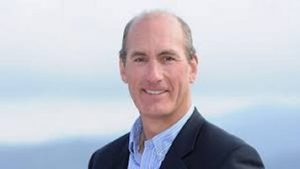 And the CEO of the newly-dubbed WarnerMedia, of which CNN is a major component, is showing up at various company centers to conduct “Get to to know me” town halls.

John Stankey is holding town halls in New York and Atlanta to talk about the newly formed company, and to field questions and concerns from staffers.

As a 30-year AT&T veteran, Stankey’s credentials as the boss of a giant news organization amount to zilch.

So, while in Atlanta, Stankey seemed to be saying all of the right things on TV – including a recent appearance on “New Day” – his definition of editorial independence should have CNN journalists concerned.

Especially if you consider his answer to a question from Anderson Cooper (who moderated the Atlanta town hall).

Cooper asked his new boss for his thoughts on editorial independence.
Herewith the Stankey response:
“There’s a 2 way street on commitment to editorial independence. The obvious one…is folks like me in management don’t come and visit you on a particular day if you say something I don’t particularly agree with or maybe was not in the best interests of AT&T, and that’s a hard, ironclad commitment that that’s not going to happen.”
“The second part of editorial independence is that freedom is earned by people who work hard and report factually and do their jobs well and that’s what CNN does. So when the reporter does their job the right way, does it factually, does it fairly, management’s job it to ensure they can do that in the fashion they want. I believe very strongly in this.”

Which kinda sounds like Stankey is assuming the job of determining whether any given piece of reporting is fair and factual.

So it will be interesting when the inevitable whine emanates from 1600 Pennsylvania Avenue and an executive with no journalistic experience whatsoever is the self-appointed “decider” of story’s fairness.

“Vanity Fair’s” Joe Pompeo writes that “it sounds like there weren’t any fire alarms going off inside CNN’s Atlanta and New York newsrooms” following Stankey’s town hall appearances, and CNN ceo Jeff Zucker “wasn’t concerned about the remark in question.”

One CNN staffer recalled Zucker saying, “Stankey did a terrific job. He gets journalism.”