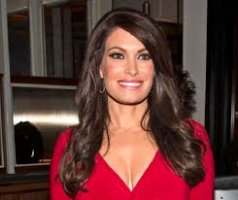 Over the past couple of days, it has become clear that Kimberly Guilfoyle’s exit from Fox News did not trigger a lot of tears at the network…and more than a few smiles.

Guilfoyle’s exit has triggered something of a whispering campaign coming out of Fox HQ about alleged diva-like behavior.

That is about par for the course for the company’s vicious PR shop that delights in trashing (anonymously, of course) former talent…and even some talent still under contract.

On the other hand, Guilfoyle, who is said to be headed for a senior position at a Trump PAC and is famously dating Junior Trump, is keeping her eyes open for additional opportunities – on her terms of course.

The Bay Area’s Rich Lieberman relates that Guilfoyle  is interested in becoming a radio talk-show host and is serious about the venture.

Lieberman reports that  the one-time San Francisco DA who was once Mrs. Gavin Newsom, sent out feelers to talk stations, including KGO in San Francisco.

Guilfoyle would still live on the East Coast and do the show from NY City where she lives.

KGO is on the list, according to Lieberman, because Guilfoyle still has many Bay Area contacts from her DA days and presumably would attract a sizable audience.

So far KGO is keeping its lips zipped.