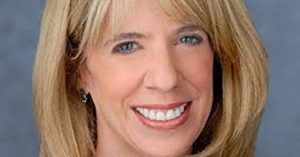 When the midterms comes in three months, CBS News veteran Mary Hager will oversee the production of the network’s multiplatform coverage.

CBS News president David Rhodes, finally able to report some good news, said in a statement, “Mary is one of the top political producers in the business and, working with those covering politics day-to-day, will ensure that our election night reporting continues to be insightful, accurate and timely.”

Currently the executive producer of “Face the Nation”, Hager brings to the position more than 25 years of political reporting.

Before becoming “Face the Nation” ep, Hager was the broadcast’s senior producer.

Hager began her career at CBS News in 1991 as a researcher for the political unit.