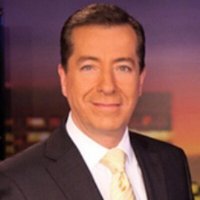 For more than 30 years, Jose Barbosa held forth as one of Chicago’s foremost Hispanic-language broadcast journalists.

That comes to an end on Friday, when he steps down from his 5 and 10 pm anchor chair at Univision’s WGBO.

Barbosa launched “Noticias Univision Chicago” at WGBO in 1995 after a ten-year run as a news anchor and reporter at former Univision affiliate WCIU.

We’re sure Univision’s ongoing financial woes played no part in his decision to get out while the getting is good.