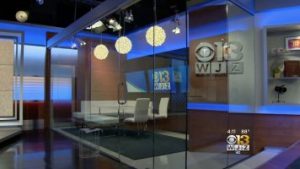 CBS O&O WJZ in Baltimore unveiled their new set and it pretty much looks like most sets these days, complete with video walls.

But it does have a glassed-in “green room” with a small, conference-room style table with chairs and benches and a triptych of video panels. 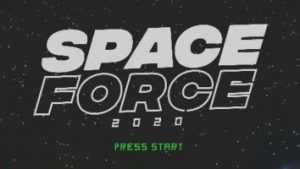 “NBC Nightly News” borrowed from both “Star Trek” and “Star Wars” to highlight its coverage of the Administration’s “Space Force” rollout.

At last, a story visualization that connects with viewers who still live in their parents’ basement.
———– 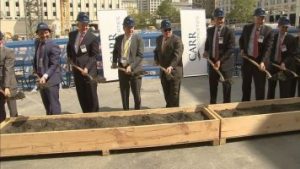 Fox duopoly WTTG-WDCA in Washington DC turned over the dirt on the future site of the stations.

In addition to being the stations’ new home, the new building, in the heart of Bethesda, MD will be home to a 23-story office tower and will contain retail and residential space.
<<<>>>

No, why add staff when you can just dump the workload on existing staff?

And you can take the stories from the daily main daily newscasts?
“However, we try to incorporate as many new stories as possible,” says Assistant news director Senora Scott. “We also try to find stories that we feel are the most important to our Spanish-speaking audience. This includes news from the border, Mexico, and many other countries such as Guatemala and Honduras.”

There is a Facebook page where the program is posted, along with the stations’ websites.